Unconscious Bias – The Battle Within 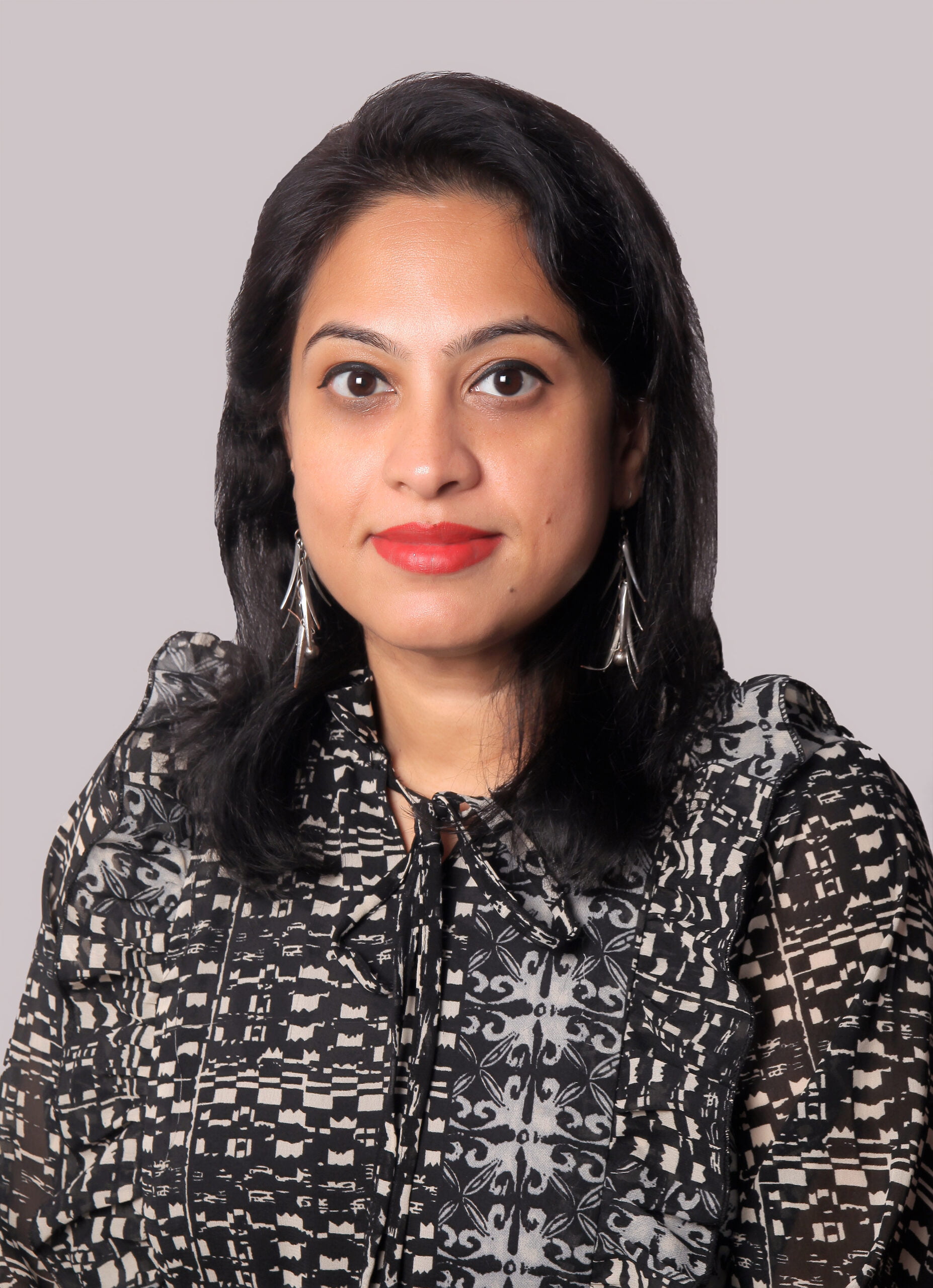 Unconscious biases are strongly linked to sexual harassment at the workplace and in general. Therefore, it is indispensable to address them.

Unconscious biases or holding prejudices against others are some of the facts of our daily lives that we must deal with, and everyone harbors them at any given point in time. When we meet someone for the first time, when we think about giving or holding responsibilities in our day to day as well as in our work lives, certain considerations and beliefs blind our way of thinking unconsciously. At workplaces, unconscious bias can cause discrimination, thereby can skew talent and performance ratings in their hiring and appraisal processes. Studies have shown that unconscious bias prevails in people’s minds even when they know the ill effects of discrimination.

In this article, we will discuss:

Some of the kinds of unconscious biases with examples

Impact of unconscious bias at workplace and the organizational culture

How to minimize bias in the workplace

What is unconscious bias? 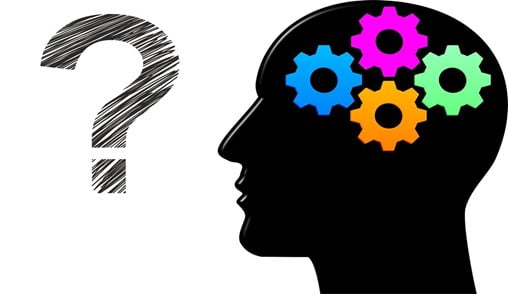 Unconscious biases, also known as implicit/cognitive biases are stereotypes formed by us, mostly for other people around and create a certain image about them, basis historic preferences and experiences to oversimplify our decision making.

They are “mental shortcuts based on social norms and stereotypes.” (Guynn, 2015).

Biases can be based on skin color, gender, age, height, weight, introversion versus extroversion, marital and parental status, disability status (for example, the use of a wheelchair or a cane), foreign accents, where someone went to college, and more (Wilkie, 2014).

1. A couple celebrating their anniversary. If the husband is a vegetarian, and the wife a non-vegetarian, very often the unconscious bias they face is when they visit a restaurant and order a veg meal and a non veg meal, the individual serving them the meal; 9 out of 10 times assume the wife (female) to be the one who would consume vegetarian food and the husband (male) to be the one having non-vegetarian.

2. Same is the case when the couple would order a mug of beer and a mocktail, subconsciously, the waiter would keep the mug of beer in front of the husband. Alas, to put an end to everyone’s misery, the husband should order red wine for both!

Bias is harbored in our brains

Let’s face it, a human brain will have bias. Unconscious bias is universal. Our brain wants to judge people around us. Forming certain opinions, labelling and categorizing people is our brain’s way to speed up the decision-making process.

But this tendency to form and make assumptions about people and situations to make snap judgements may have an adverse effect at our workplace. 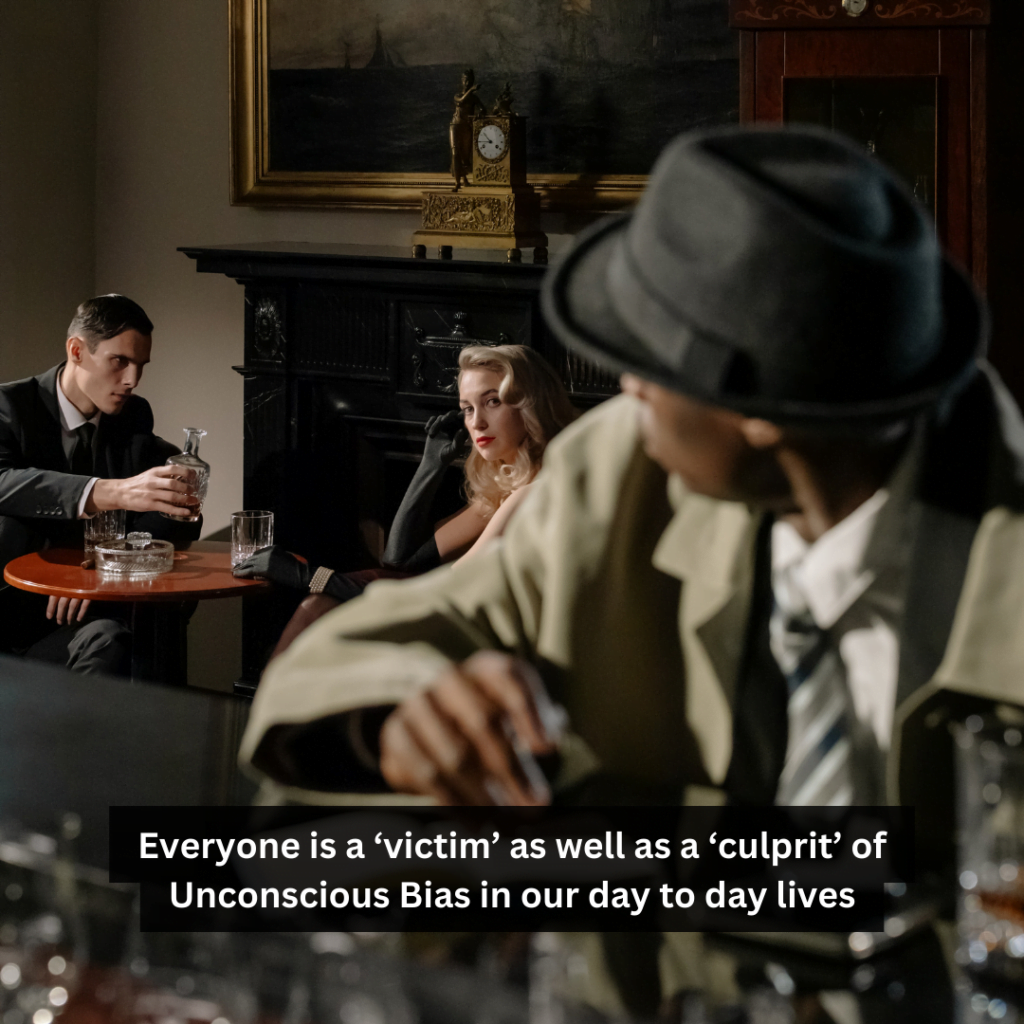 These are some of the commonly found biases which are well known (documented across industries/forums):

1. Affinity bias: This form of bias—also known as similarity bias—refers to the tendency to show favor to a person, company, or business due to a similarity or personal connection. For instance, an individual whose favorite music genre is jazz may view fellow jazz fans more favorably than fans of other music genres.

2. Attribution bias: This bias refers to the tendency to attribute someone’s behavior to existing stereotypes. For instance, when someone in your team is late to an important meeting, you may assume that they are lazy without considering internal and external factors like an illness or traffic issues that led to the late coming.

3. Conformity bias: Also known as peer pressure, conformity bias refers to people’s tendency to act like those around them despite their own personal beliefs. For instance, an employee may not share their individual opinion with a group if most of the group has expressed an opposing opinion.

4. Racial bias: Racial bias refers to the stereotyping of groups of people based on the color of their skin, their race, or their ethnicity.

5. Beauty bias: This bias refers to the tendency to allow someone’s physical appearance to influence your perception of how successful, competent, or qualified they are.

6. Gender bias: Also referred to as sexism, gender bias is the tendency to prefer one gender over another.

9. Confirmation bias: This type of bias refers to the tendency to seek out information that supports something you already believe. This is sometimes called the “ostrich effect”, where a person seems like he is burying his head in the sand to turn a blind eye to something which disproves his original opinion

Impact of Unconscious Bias at Workplace

Unconscious biases can have negative effects in a workplace. According to Forbes, a survey found that workers who reported experiencing workplace bias were 33% more likely to feel alienated, 34% more likely to withhold ideas and solutions, and 80% would not refer people to their employer.

A few examples to show how unconscious bias have negative effects in a workplace:

1. Prevents diversity: When unconscious biases impact hiring decisions, it negatively impacts the talent pool in an organization. Hence hiring managers need to consciously screen all the resumes with objectivity thereby eliminating scope of any bias and selecting the best available resource.

2. Creates unfair advantages: Promotions, appraisal ratings, increments etc. may also get influenced unfavorably, if conscious efforts are not made to keep the biases under check.

3. Decreases job satisfaction: Due to prevailing unconscious biases in the workplace, employees are more likely to feel alienated. This can have negative impact on the overall morale of the workplace thereby also adversely impacting the quality of the output.

How to minimize Unconscious Bias at Workplace?

Unconscious Bias is like “the elephant in the room”. Firstly, we need to acknowledge its presence and then embark upon a journey to gradually reduce it.

By doing so it can reap benefits for the organization like increased diversity, equal opportunities and inclusiveness which will lead to better employee engagement.

1. Be aware. First things first. Know that you as an individual do have unconscious biases. It doesn’t make us ‘bad’ people. By knowing that certain factors can alter the way you see, experience, or recall things, you can then take necessary measures to form a more balanced judgment or opinion about something or someone. Consider taking the Implicit Association Test (IAT) founded by HBR, to help you assess your own unconscious biases.

2. Find a mentor. It’s never going to be easy to identify unconscious biases, since they are not happening in your conscious mind. Finding a mentor / guide who can help you objectively see your own behaviors and its impact at the workplace.

3. Enrol in corporate level unconscious bias training. Unconscious bias training in corporates will help team members learn how to be aware of their biases by providing tools to help them address their blind spots and accordingly try and change their behaviors over a time period. Additionally, interpersonal soft skills training programs should be incorporated to enable improved understanding of such issues amongst team members.

4. Engage in regular diversity training. Ongoing training programs does help ensure that the workforce is sensitive to the needs of each demographic in their workplace (not just female diversity).

Do you know that Protouch is also offering a POSH Training certification program for employees that helps them identify and differentiate between appropriate and inappropriate behavior in the workplace? It also educates participants on the legal aspect of the PoSH (Prevention of Sexual Harassment) Act.

Call us at 8800005599 or visit www.protouchpro.com to discuss your POSH Training Certification.

One response to “Unconscious Bias – The Battle Within”