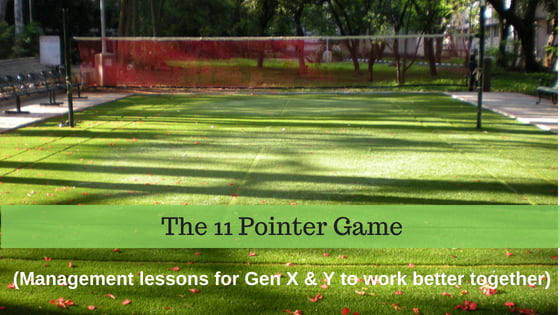 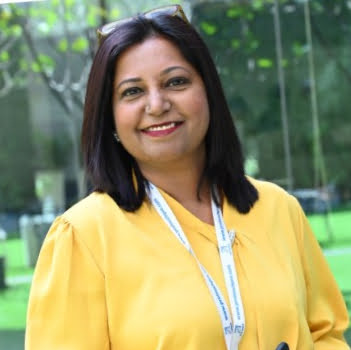 Today I just went out with my kid to play badminton. After some time he went ahead to play squash and I was about to pack my bag when young Rayan wearing smart black sweatshirt asked me “Would you mind playing with me? I don’t have a partner”. Looking at his confidence I was stunned and I said yes. He was half my height and a 5th class student and he did not take a minute to ask, “Toss? Let’s play for 11 points.”

I served and enthusiastic Rayan started. He was looking proficient and well trained. I was astonished to see the power in his stokes. Rayan was running, jumping and was trying hard to give his best. But of course I had better hand and I won few points at the beginning. The score was 3- 1. In just a few minutes score was 4-1. Slowly I observed a decline in young boy’s energy level. He removed his sweatshirt and came back confidently. Then the score became 5 -1. The poor little chap said, “You play well.” I was happy to know that. The score rose to 6-1. Well trained Rayan was striving to score, but I had the benefit of experience and age.

He realized his efforts of making me running around are not working out. Then competitive Rayan said, “You win, I quit.” Holding racket in hand I went up to him and said, “Don’t give up. Just try one more time.” Thereafter I changed my strategy in order to make him feel good and to encourage. I started giving up few strokes and he gained few points. Now the score was 6-4. Slowly the score became 8-7. Rayan was encouraged and the little one started playing with enthusiasm. Though I was leading, the strength in his stokes went up and the score reached to 10-11. It was game point and without any intention by fluke, I got the point and I won. Rayan picking his sweatshirt came up to me and shook hands and said, “You really play well, I enjoyed playing with you” and went out of the court. He went out but left some important management lessons of Gen X and Gen Y in that 11 pointer games: